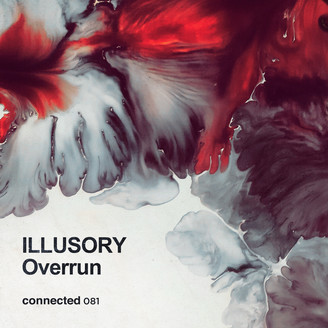 Play All Digital Single
Illusory steps up next with ‘Overrun’ on the Stereo MC’s connected label.Illusory is the new moniker from Jovan Vucetic, dedicated to releasing experimental, borderline house/techno music with a multitude of electronic influences.It's a result of months of experimentation and taps into Jovan's interest in a broad array of musical genres, coming off the back of solo releases via his own name on labels like Underground Audio, Roush, and Material. With a debut Illusory release on Disco Halal - 'Oblivion',and follow-up records on labels such as Oddity and Family Name, Jovan has instantly set a high standard, something which he more than maintains with this new offering via connected.

‘Overrrun’ is an excellent slice of chuggy and emotive electronic music fuelled by ethereal guitar sounds and dusty choir-like strings. Hints of early 70s crime series soundtracks married with the strains of reimagined New Order and Vangelis make for something pretty special,

In the artist’s words“‘Overrun’ is something I made last year to reflect my own emotions, and probably the emotions we all felt losing the life we once knew with everything happening in the world at the time. It was basically one of the tracks where I let it all out while feeling 'overrun' by the mixed feelings.”

This is another gem from connected and further sets out the admirable sound of Illusory.