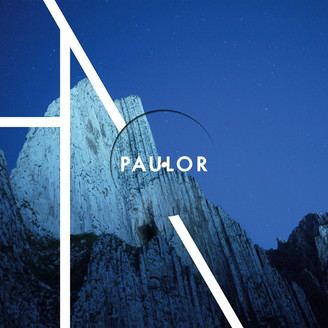 You And Your Hippie Friends

Play All 12"
Following a first vinyl appearance on You And Your Hippie Friends’ “A Very Nice Combinado Volume Dos” (YAYHF 03) earlier this year, Mexican producer PAULOR aka Paulo Rodriguez gets ready for his first solo outing with Hippie Dance’s sister label.

Curated by Rebolledo, the imprint has established an impressive talent pool within only three releases, including both veteran and upcoming talent such as Sebastien Bouchet, El Güero, Zombies In Miami, Beyou, Roman Flügel and more. It’s a testament to the label’s chiselled vision that an idiosyncratic and diverse group such as this is able to sustain individual approaches to electronic music while weaving a coherent sonic tapestry from all its ingredients, the whole quite organically being more than the sum of its parts.

Now, it’s up to PAULOR to flesh out his own sound cosmos on You And Your Hippie Dance’s latest 12” drop, presenting a concoction of salt-caked beats, riffing guitars and flexing bass that evokes a sense for space and untouched, psychedelic landscapes not unlike Rebolledo’s very own desert funk vignettes. After “La Race” (his contribution to “A Very Nice Combinado Volume Dos”) and the “Discótico Desértico” remix for Rebolledo’s “Mondo Re-Alterado” (HIPPIE DANCE 10 LP) started making the rounds in tastemaker DJ sets, PAULOR caught a major moment of inspiration while performing at Monterrey’s TOPAZDeluxe - which lead to the husky, hypnotic cut PAULOR’S BLUES, pièce de résistance and headstone in one, as it set the scene and also birthed enough follow-up tracks to naturally grow into a cohesive, full-blown EP.

From echo-drenched, beatless opener NEBLINA to the percussion-infused intrigue of DELIRIO EN CARRETERA, the athletic pop minimalism of AMIGOS or the slow burn of brooding mystery shuffle LUCES CALLING, PAULOR creates a unique, atmospheric sound panorama that excites minds and bodies alike. Adorned with a starry night sky, the record’s cover artwork couldn’t be more fitting – it’s a dominant musical vista in PAULOR’s work, whose vantage point is not necessarily a specific place (although all tracks were recorded in Xalapa), but a feeling of exquisite duality: the feeling of being lost between the stars, lonely and connected at the same time, a speck of dust and the center of the universe.
Der mexikanische Produzent Paulor präsentiert sein hypnotisches Solo-Debüt auf Rebolledos Label You And Your Hippie Friends.