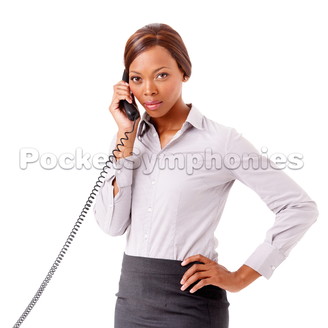 Play All LP
There used to be a time when ring tones were important. You were easily recognizable as one of the few people actually owning one of these new gadgets called ›mobile phone‹ (or ›handy‹ as the Germans say). Later you could make an important distinction by choosing a ›cool‹ ring tone…

In May 2014 the Festival »Doofe Musik« (»Stupid Music – Songs for Dreaming, Sedation and Forgetting«) took place at Haus der Kulturen der Welt (HKW) in Berlin. As part of the »Anthropocene Project« the festival focussed on escapism and the special function of music when retreating from reality. Detlef Diederichsen, curator at HKW, and Holger Schulze, Head of Sound-Studies-Lab Berlin, decided to not only focus on music which music lovers usually hate, e.g. ›Schlager‹, German folk music, Light Jazz, but also on ring tones.

The audio logo of Deutsche Telekom has been part of Germany’s mobile phone culture from the very beginning so it acted as a starting point to question the usual concepts for ring tones. Using Christian Kellersmann’s idea of the »Pocket Symphony« ten artists were invited to come up with adaptations of Telekom’s audio logo. The results were performed for the first time during »Stupid Music« and once again in October of the same year when most of the recordings you can find on the album were made.

As you will hear: The short motif, as simple and unforgettable as it is, is ideal musical material.Everyone knows it, everyone has some sort of connection to it and these ten different versions, these ten different positions, open up the most varied possibilities for associations.

It is time that we take the ring tone seriously again. As the most reduced musical form that is the most-widely available in the whole world it contains enormous and unrealised potential!