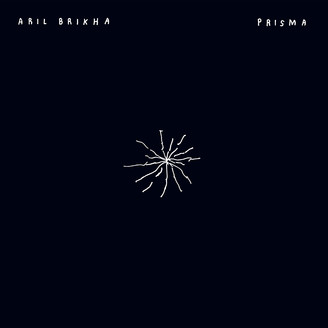 Play All 2xLP
aril brikha seems to be on a roll. with “dance of a trillion stars” he just recently released a laid back ambient album full of melodic slow-motion enthusiasm.

now, shortly after, the berlin based producer drops “prisma” – a record for dancers, that is more on the deeper side of the dance floor.

“five to six years ago i decided to take a break from releasing on my own label art of vengeance in order to see if i had it in me to make a new album. so, i found myself having this initial break that was intended to be six months but went on for almost five years!

during this time, i made a lot of music that i kept coming back to but i never managed to finalise it. after the release i did with sebastian mullaert, mule musiq kept asking me for more music but i just found myself not capable to look at this body of work of almost 50 tracks and choose what to finish.

as i was not able to make decisions, i asked mule to listen to 25 tracks of the 50 and tell me what they liked. the result was the “dance of a trillion stars” album early this year.

once we finished the ambient album, only dance tracks were left of whom some are featured on “prisma”. instead of having your usual "album" story arc featuring ambient intros mixed with dance tracks, we choose to release two separate albums.”

aril brikha confesses about the secrets behind his newly hectic release schedule that made him publish two albums within half a year.

since the late 1990's his music melds techno and house that seduces club music enthusiasts around the world. influenced by different kinds of electronic music - from depeche mode and jean-michel jarre to robert hood and underground resistance – his music dances between straight up club tracks and deep unwound moving arrangements.

he already released ep’s on labels like kompakt, poker flat, his own label art of vengeance as well as an album for derrick may’s transmat imprint and a long-player for legendary peacefrog records.

after two mesmerizing ep’s for mule musiq in 2016 and early 2019, and the ambient album “dance of a trillion stars” earlier this year, he now releases an all dance track album loaded with eight arrangements, that he produced during night time on his old hardware equipment which he started using again after years of them being tucked away in his stockholm basement.

“i always make music to listen to. it is never intended for a dance floor. i guess i'm not much of a dj-tool producer, i'm more a "music" producer.”, he confesses about his work.

his new tunes, who seduce with warm chords and pleasant melodies, tell a different story. they are all propelling, while staying somehow calm and avoid average party hysteria. precisely produced tracks between house and techno, that favour the warm soul of dance music.

underneath the grooves each track rolls out some ambient vibes and veils of trance, dancing to delicate hi-hat shuffles and starry chords.

“my 90's stuff was very detroit influenced, not in the hard techno meaning but more towards the soulful part of it. my 2000 productions were very melodic driven and i was trying to see how far i can push a "trance" sound without making trance music.

the newer stuff is probably mix of both.” aril brikha says about “prisma” and its power to unite different generic zones into one charmingly warm dance journey. together with his predecessor “dance of a trillion stars” it introduces a touching insight into a producer’s soul, that did not get lost in his very own creation of melodic electronic sci-fi dance-not-dance music.