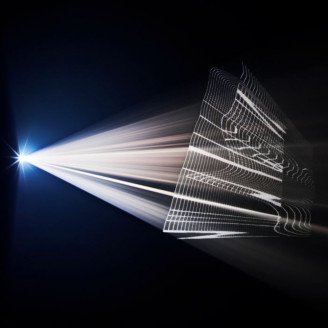 Play All 2x12"
The work follows up critically acclaimed releases on Modeselektor’s Monkeytown, Ninja Tune, where he remixed Bonobo, and his sublime sophomore album ‘Beneath the Surface’ from 2019. Produced in his studio in Brighton, UK, the album is an immersive nine-track masterstroke covering the gamut of electronica, techno, breakbeat, bass and IDM, fit for clubs and home-listening alike.

The project was born in the early stages of 2021. With little outside stimulation to draw inspiration from, Banks invested in new gear including a Moog Matriarch, DFAM and a host of Eurorack Modules - and set about immersing himself in the possibilities of his new semi-modular synths.

In terms of sonic reference points, he found himself in new territory, too. “Usually going to a club night, or concert, or even the simple things in life that you take for granted all feed into a melting pot of things that inspire me to create. But without these, I instead found myself drawing on memories of experiences, and imagining new ones for the future to come. I began to feel like these were projections, almost like memories of experiences I had been projecting via the music I was creating,” he shares, adding that memories of clubbing trips to Berlin, London and Brighton fuelled his vision for the album.

Furthermore, the seclusion we collectively experienced allowed Banks to philosophise on the nature of human connection, which fed into the album concept: “I started to think about how during our period of relative isolation, we are all projecting into the digital ether, searching for a connection in an increasingly virtual world where shared human contact and experiences have become scarce.”

In ‘Projections,’ Banks creates an immersive world to get lost in, typified by the ambient opener, ‘Transitions’, where he builds up a dreamy ocean of sound. ‘Into the Realm’ sees the artist set the scene for the off-kilter album landscape to follow, as modulated synth patterns ricochet throughout. First single ‘A Way Out’, due out 6 April, takes us onto the dancefloor, a foot in breaks and techno alike, flanked by his signature pads and intermittent synth melodies that radiate a sense of melancholic optimism. The track is complimented by a striking video clip by award-winning motion graphics designer Matthew Clugston who has translated its contrasting moods into a brilliant juxtaposition between artificial and natural life cycles.

Made during a four-day period where Banks locked himself away in his studio, ‘Introspective’ conveys the uneasiness of its creator and is his most intense production to date, as a soaring wall of sound drops down into an exhilarating gabber finish. Elsewhere another notable includes the big rolling electro-edged techno cut ‘Recall Mindset’, as Banks channels the feeling of being back on a Berlin dancefloor. ‘Before the End’ is similarly brilliant, swinging between bass and IDM and features vocals from a demo by his wife Maya Wolff, which were chopped, re-pitched and layered with FX.

Banks will be touring the album this summer with a new A/V experience featuring stunning audio reactive visuals and a custom- built pyramid light structure. Performing with Ableton and a selection of the analogue gear he used to create the LP, he will rework the tracks to create a unique experience with every show.