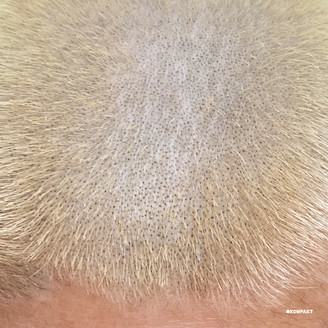 Play All 12"
You might know Barnt as one of the people behind the idiosyncratic imprints Magazine and Schalen, through which he released his most of his EPs and the incomparable 2014 debut album, Magazine 13.; or maybe you know the thread of beautiful, unpredictable club hits he’s woven with labels like Cómeme and Hinge Finger.

Despite living in Cologne, and being friends with the label, Barnt has not put out anything on Kompakt yet, apart from an one-off appearance on Pop Ambient 11 over a decade ago. An EP had been in the air for several years, but it took Barnt a bit of time to get into the right state of mind, because he wanted to make sure the music paid tribute to “the ceremonial, emotional, grand sprit” that he connects with Kompakt.

Typical to the producer’s modus operandi, ProMetal Fan Decor Only Product spins out a surprising narrative, catching the listener unawares, while remaining fundamentally Barnt. After the elegiac opener “Fan”, stately in its melancholic, epic flourish, “You Know What’s Gone” stomps into earshot, the pounding thud of the drums pinning clanging patterns to the dancefloor, a Sturm Und Drang symphony, the tones all clashing metals and silvers.

After that, there’s release – the hypnotic psychedelic reels of “This Is For Decor Only” are Barnt gone trance, a sensual glide of a track that pirouettes out an eternity of sizzling hi-hats and strip light melodies. While you might want to be alone when listening to “Fan”, you might have the time of your life dancing to “This Is For Decor Only”, played by your favourite DJ at your favourite festival this Summer.