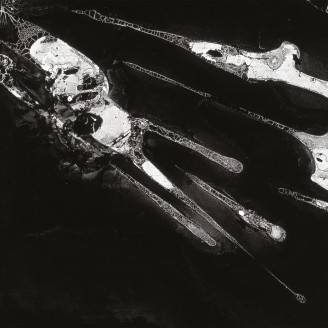 Play All LP
Conceived and recorded quickly over only a few brief yet intense studio sessions utilizing an array of new and vintage hardware, the debut from Psychic Health captures the duo's sharp, intuitive minimalism and sense of unpolished energy. The collaboration between Los Angeles residents Devon Stevens and Gabriel Mousey, is informed by their time in Berlin and Melbourne where they found inspiration within many mutations of uncompromising sound system music.

Creeping soundscapes throughout their self-titled full-length are stripped-back, designed to be played loud for maximum effect. 'Psychic Health' rewards patience by slowly unraveling rhythmic structures, careening between dubby, hypnotic techno and barbed industrial chug - not sounding out of place next to titles from Sandwell District, Avian, and Droid.

Inviting repeated listens, the album makes an excellent companion for those seeking a brief expedition into the half-lit depths of the psyche. 'Psychic Health' will be out on vinyl first, limited to 300 copies and later will be available digitally.