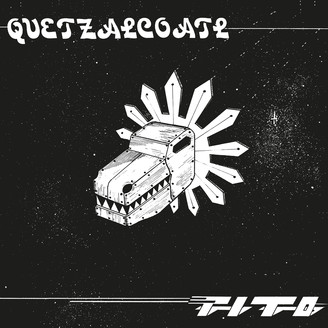 Tito was born in 1946 in Ciudad de México, the son of two Spaniards. Since he was a youngster, he had felt the passion for music and instruments. In the meantime, he started a career as architect. Since his early years, he joined various teen rock bands, where he played bass and guitar. Slowly but surely, his interest in synthesizers started to grow. And the rest is history. Tito defines himself as an “electronic sounds fanatic”. Quetzalcóatl is a truly authentic cornerstone in those terms: an inspired and eclectic artist gives shape to a unique sound through legendary synthesizers such as the MiniMoog or the Arp Odyssey. His passion was so embedded that he even built his own guitars and equalizers; some of which appear on this LP.

Quetzalcóatl, his debut solo album, was originally recorded in 1977 (now remastered) in his bedroom using a four-channel Sony recorder in a truly DIY way. This álbum could be considered as a rarity. But if we listen hard enough, we find a pioneering treasure. Somehow, Quetzalcoátl anticipated the sounds of future decades with simple but inspired compositions. It is a mythological trip to the Pre-Hispanic México. This album is an allegory of the Aztec world. Quetzalcoátl is the most important God for Mesoamerican cultures: it represents the inherent human dualism between the body (represented by the snake) and soul (the feathers). In the song “Profecía”, Quetzalcoátl emerges, announcing the end of the world at the hand Spanish colonialism. Limited edition, 600 copies, remastered in Amsterdam by Wouter Brandenburg.