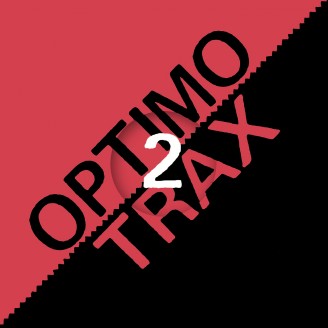 Play All 12"
Optimo Trax is an offshoot label of Optimo Music for tracks aimed at DJs/dancefloors. Yes, we know there are too many record labels already, but we felt an overriding desire to start another one as so much music that didn't seem quite right for Optimo Music (i.e. music that was specifically designed for dancing) kept coming our way. Like the parent label, Optimo Trax will release music by new artists and excavate forgotten classics.

All four tracks were recorded in 1992. Staples of JD Twitch's DJ sets at the timem and all tracks he still plays to this day. Recent 90s revivalism trends are a major turn off here at Optimo towers, especially when they almost always fail to deliver anything as good as was made at the time. These four tracks are proof of that and sound as great today as when they were made, over 20 years ago by the supremely-talented and still actively making music Maarten Van Der Vleuten, who should be a far more well-known name than he is as he's responsible for oodles of marvellous 12" singles. They have been remastered (though very little needed doing to them, and they still retain the full dynamic range missing in a lot of modern productions). A1 track, "Summer Love" has been slightly edited by JD Twitch.

The tracks are listed to different artists, but all are aliases of MVDV.