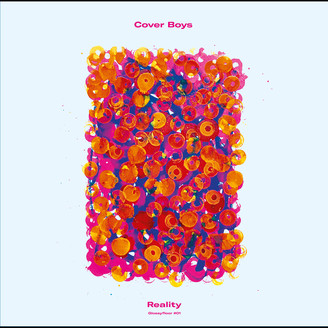 Play All 12"
In a time where dancing has a kind of nostalgic feeling attached to it, Glossy Mistakes kicks off its brand new series of dancefloor-oriented EPs, Glossyfloor. The starting point of this adventure from the Madrid based label comes with the reissue of the highly demanded Cover Boys’ banger ‘Reality’, an absolute ode to one of human beings most basic instincts.

Canadian producer Charles Biddle Jr. is the man behind the Cover Boys project, who arranged, wrote and sang ‘Reality’. Originally released in 1984, this anthem seamlessly captures the 80s essence with an addictive bassline and a pop-infused chorus recalling a summery euphoric atmosphere. One of those tracks that sticks to your mind while having a strong power to move your body.

A2, the reggae version of the ‘Reality,’ is a refreshing cover with fantastic arrangements that flips the mood but holds the essence. The B-side contains a remix from one of Australia’s finest producers, Hysteric, that provides brings his magical touch focusing his efforts in turning the original version even more dancefloor friendly, making it a perfect tool for DJs.

The frontcover artwork, Fluo Flowers, comes from Barcelona based painter, Jordi Aguilar, capturing with his painting the colorful soul of the whole release.