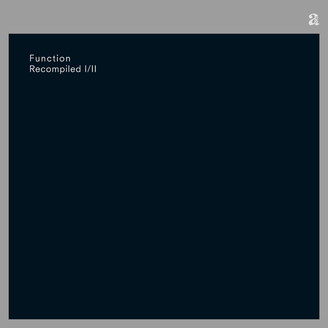 Once a cathedral, now a mall, Limelight was last in the line of Manhattan clubs whose lineage could be traced back to New York’s fertile club era of the ‘70s and ‘80s, which included the East Village punk and no wave scenes, the Mudd Club, Danceteria and the Paradise Garage. It’s connected to a storied New York history – sometimes holy, sometimes notorious. It’s the last era of mob influence. The spirit of Andy Warhol’s Factory still alive in each club kid’s self-made costume. “A lot of things that were worlds apart met in that deconsecrated Episcopal church,” recalls David Sumner. “I used to practically live in that club, going two or three nights a week for years. I knew this was what I was going to do with the rest of my life.” In many ways Limelight was America’s rave incubator. On a New Music Seminar night in July of 1992, the revolution was about to take hold. “Walking in, I didn’t know what was going on. Then I started to see xeroxed Underground Resistance 8 1/2 x 11s all around the club, like the kind of inserts that came inside their EPs,” Dave recalls. He would go on to see Mike Banks, Rob “Noise” Hood, and Jeff Mills perform for an electrified crowd as UR. “That night straight up changed my life.”

Jeff Mills held his first residency at Lord Michael’s Future Shock, Friday nights at Limelight, and you can feel the seeds of influence in Function’s sound. In fact it sometimes feels like he’s imagining the DJ booth at Limelight in his own productions; a place where you could find Beltram, Adam X, Program 2, Damon Wild, Patrick Pulsinger, Abe Duque, and even DJ Hell. “The first time I heard Jeff Mills play ‘Der Klang Der Familie’ there I cried. I was totally captivated.”

With the burning desire to make music, Dave got a job at the best gear store in the city, Rogue Music. Rogue was then located on the 10th floor of The Music Building. He was able to rent a loft on the 15th floor of the building above the practice studios, with panoramic views of Madison Square Garden on one side, and the Empire State on the other. Even living this close to work, he still managed to get fired for being late.

At the store he worked with Dennis Ferrer, who helped Damon Wild with Synewave, where Dave would release his debut record. He recalls watching Dennis meet Kerri Chandler, and receiving KRS-One’s SP-1200, taking it back to the work bench and saying to his friend “this machine is BDP!”

Shortly after, a chance meeting would alter the trajectory of his life. The New Brunswick, New Jersey store Planet X had asked Sumner to host Karl O’Connor, who was set to play in Philadelphia as Regis. Karl had come to town with two of his best friends he’d grown up with, Richard Harvey and Peter Sutton. They all became fast friends, bonding quickly over music and jamming endlessly in his 15th floor loft overlooking the city. Out of these sessions a new collaboration between Karl and Dave would take form, Portion Reform. This would become Sandwell version one. Dave became the first American on the legendary Birmingham, UK- based Downwards label, on a roster with Regis and Surgeon, eventually becoming the Downwards tour DJ.

“The two DJs that made the greatest impact on me are Jeff Mills and Adam X. The first time I saw Adam play he had his hood up over his head, playing a Storm Rave at 5 in the morning, opening with Mike Dunn’s ‘The Pressure Cooker.’” Dave regularly frequented Groove Records out in Bensonhurst, and later when they opened in Manhattan as Sonic Groove. He describes the experience as “the Brooklyn version of intimidating, not the Kreuzberg version,” calling Sonic Groove the Hard Wax of New York.

New York itself is a major influence for Dave, as is its history of clubs – from discos and house music, to techno and raves. Think of Todd Terry’s 1988 Black Riot record or Boyd Jarvis’ 1983 release ‘The Music Got Me’ as milestones on this journey. “It’s a DJ’s approach to music. I remember in the early ‘90s when the music was changing so rapidly and it felt so revolutionary, separating my records into piles and thinking ‘I need more of this – there needs to be more of this kind of record.’”

It’s passion that drives this story of a life in music, and it’s a desire to blow your mind the same way his inspirations blew his. Function is always innovating and finding new ways to connect the dots, to continually pursue the art of storytelling through giant slabs of sound.