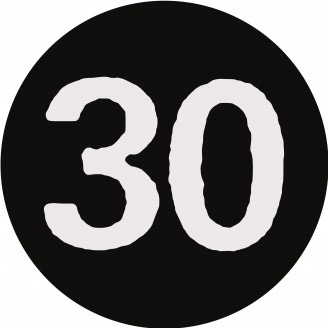 Play All 12"
Optimo Trax 30 celebrates a double 30 year anniversary: the original release date of “Rejekto” and 30 years since Twitch started dj’ing. In 1987, Twitch, who wasn’t known as Twitch yet, picked up a copy of “Rejekto” at Glasgow’s then numero uno import shop, 23rd Precinct. He was smitten.

A few years ago he felt the time was right to try playing it again, and this time, people danced to it. In fact, people loved it and would ask about it and shriek in delight when they heard it. There is often a lot of false nostalgia talked about in dance music and how it “was better back in the day?”. Well, in some ways it was but in many it wasn’t, and 30 years later it feels as if perhaps ears are more open, or perhaps “Rejekto” was just ahead of its time?

From Germany, written and produced by Ra-Hen and Talla 2XLC, Robotiko Reject’s “Rejekto” was the inaugural release on the Techno Drome International label. With a powerful and seductive vocal sung in Romanian it has latterly been categorised as EBM/Techno but at the time didn’t really fit into any convenient genre. Twitch called it electrobeat.

To celebrate this 30th release on Optimo Trax, the 12” comes in a special sleeve designed by Katie Shambles and Andrew Beltran. As well as featuring the original classic “Perfekto” and “U.S. Dub” versions, this reissue features a slo-mo cover version by long-time Twitch friend and ally, the mysterious Frenchbloke who was the only other person he knew back then who also loved this wonderful record. Robotiko!