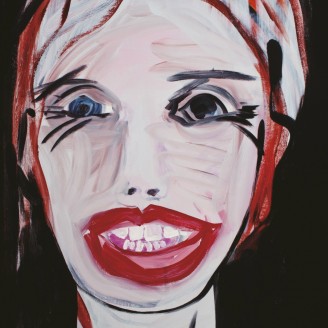 Play All 2xCD
Call it a new DJ Sprinkles album, call it a collection of his latest, most thrilling remixes - whatever you name it: „Queerifications & Ruins“ is a close meeting of 14 tracks that will lift your spirits and you can do nothing about it!

Now he spreads some timeless spiritual grooves with a collection of his own productions based on originals by artists like Kuniyuki, Ducktails, Matt Tolfrey, or Hard Ton. They are all deep as house can be and their spirit is rooted in the uniqe lifestory of the American in Japan that was originally djing in the heydays of the gay clubs of midtown Manhattan and New Jersey in the late eigthies and early nineties - a time when deep house began to take air.

After the New York scene got world-wide famed and lost its family spirit he embarged to Japan where he held a three years residency at Tokyo’s Club Module from 2003 till 2006. In January 2009 he release his album „Midtown 120 Blues“ that got hailed as one of the most essential house albums of the last few years and that been voted by the online electronic music magazine Residentadvisor as the best album of the year.

In all that time DJ Sprinkles, who’s famous poet is Karl Marx and who loves to eat Cashew chicken in Southwest Missouri style, never thought much of trends and his own music didn’t hook on to any Zeitgeist novelty. Instead he sticked to the soulful brand of New York house music to transform it with his own individual emotions into party music with soul that can not be put in a drawer.

The double CD „Queerifications & Ruins“ now features almost all remixes he had done between 2010 and 2013. Four of the fourteen reinterpretations are previously unreleased. Two are done for the mysterious, former West-London, now Berlin based Acid House and New Wave producer June, one for the queer Venice disco outsiders Hard Ton, and one for Corbie, a chilled out newcomer from Vilnius, Lithuania.

They all have a highly energetic feeling in the composition that provoke physical reactions and stimulate to dance immediately. The ones that been released work in the same seducing way and groove mostly more then 10 minutes long.

Epic reworks for such artists like the Chicago based producer Area, Hardrock Striker from France, Jorge C from Santiago de Chile, the newcomers Oh Yoko from Japan, the micro-rhythmic one-off-a-kind Adultnapper, or the British sound engineer and House tinker Marco Bernardi. They been released on such labels like Arma of the Moscow based club Arma 17, the Chilean deep house imprint Ojo De Apolo, Will Saul’s open-minded Simple Records, the new Japanese label Normal Cookie, Terre Thaemlitz own imprint Comatonse Recordings, or Mule Musiq.

Some of them are hard to find on vinyl even tough they just been released. Now they are back on black wax and the CD editon features two more tracks full of wonderful off-kilter ideas that are just genuinely to good to be sleepers on a vinyl b-side!