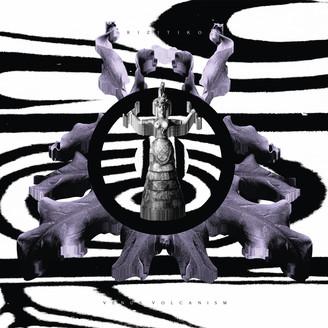 Play All Mini LP
Venus Volcanism is the musician and electronic artist Rena Rasouli. She presents her first solo mini-album “Rizitiko’ on Optimo’s sub-label, Weaponise Your Sound, using traditional folk songs of her native island Crete as a basis for this work.

‘Rizitiko’ evolved from Rasouli’s thesis titled “the music performances based in traditional dialect focuses on the healing ability of sound”. The songs were created and sung by folk troubadours. Expanding on these oeuvres, Rasouli seized on the idea that the melodic use of voice is the oldest form of therapy in human culture. This primary and ritualistic material was intertwined with electronic and natural ambient soundscapes. The resulting compositions express the omnipresent sensations and emotions that play a key role in the healing process whilst communicating an intense connection to the collective unconscious. Traditionally sung by men there are numerous reasons to believe that many of the songs were initially created by women. To sing them in a female voice projects a different approach to the traditional rendition – one closer to that of a lullaby.