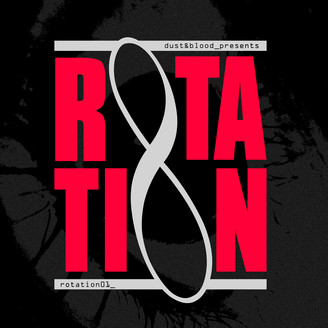 The result is a one-way ticket around the Dust & Blood solar system… A place where the stars throb and shine to Damon’s full-steam electroid bass on ‘Revolte’, where asteroids drift overhead to the heavenly humanised tones on Darlyn’s ‘Guarma’ and where planets turn merrily to the heady late night chug of fellow French artist MMYLO’s ‘Saturne’. A place where young Finnish artist Surfface has the duty of bringing us home on his rainbow rocket ‘U-Shield’. An emotional finale to an epic voyage, it captures the dreamy, far-away cosmic escapism both Damon and his label are synonymous with… And leaves us waiting for another trip as soon as possible.