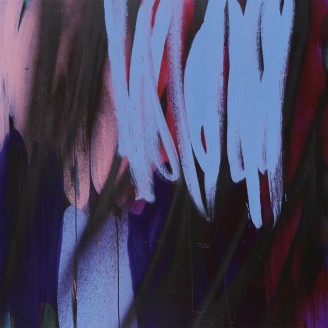 Play All LP+CD
“All my art is based on living not doing art. Just on experiencing life in many many different aspects“ the musician Hans-Joachim Roedelius explains in the marvelous BBC 4 Documentation „Krautrock – the Rebirth of Germany“.

Together with the German/Swiss producer Dieter Moebius he been Cluster for over three decades – a band that is beside Kraftwerk, Neu!, Can, Tangerine Dream, and Faust a keyfigure of the so called German Krautrock movement in the 1970s. His declaration on what his art is based does not only show that the German pianist and composer filters his lifetime into music. It also explains why all his art stays modern and unique till today – because it does nothing else then transforming the symptoms of the time into sound arrangements that are guided by an individual sensuality that totally avoids any kind of musical stereotype.

The starting point of his career was the „The Zodiak Free Arts Lap“, a short-lived but highly influential experimental live music venue, founded in West Berlin in late 1967 by Roedelius and the German artist Conrad Schnitzler. Here he met his former partner in crime Dieter Moebius for the first time while listening to free jazz, psychedelic rock, and avant-garde sounds played by artists such as Tangerine Dream or Ash Ra Temple.

After Schnitzler left the trio they both continue to work under the moniker Cluster in order to invent relaxed, minimal electronic music that later get world-famous under the term ambient. Beside the work as Cluster they also recorded with the former Kraftwerk member Michael Rother under the alias Harmonia, that later included British ambient music artist Brain Eno.

In 1976 the trio Harmonia disbanded but Cluster never stopped their creativ output till their official split in November 2010. Beside making music with others like recently with the Düsseldorf based producer Stefan Schneider for the album „Stunden“, Roedelius recorded countless of solo albums like „Durch die Wüste“, „Selbstporträt“, or „Wenn Der Südwind Weht“. Many of them are moody new classic and ambient strokes of a genuis who got a real unique music style: melodic piano and other acoustic instruments played with a sharp tinge of electronics.

Mule Musiq now proudly presents eleven unreleased compositions by Roedelius produced between 1990 and 2001. All of them are pearls of electronic deepness that show another side of the man that lives in the little Lower Austrian town Baden. His famouse ultra sweet piano melodies can be heard – but they are not the centre of the productions. Instead a more electronic side of his genius call the tune. With a minimalistic approach he let synth melodies highfly while some droney, melancholic atmospheres enlarge in the background.

Sometimes even slow moving grooves hex the senses and his tracks get percussiv in a more avant-garde way. All his eleven arrangements are poetically and work like unreal sound fairytales that leave much space for the listeners own imagination. Everywhere melodies are balancing and drift with no end or beginning in a cloud of synthetic sounds that sound so modern that it is hard to believe that their creator is already 78 years old.

But age does not matter if you listen to your heart. Hans-Joachim Roedelius always did and his musical notions seem to reflect not only his unconscious soul – also the soul of the time he been living in. Between 1971 and 2001 it must have been a introverted meditative one in which he dived deep into his electronic machines to pump out of them some timeless music that stays contemporary even if the times are changing.

P.S.: The album artwork comes from Emi Winter – an artist from Oaxaca/Mexiko. Her paintings point the observer towards the glamorous uncertainty of today, like an illusion that appears unexpectedly and is immediately buried by a new sensation. There is anarchy and arbitrariness in her colors and stroke of the brush and she avoids following the rules of painting. An attitude towards art that is similiar to Hans-Joachim Roedelius cessation of work when he paints with sound.