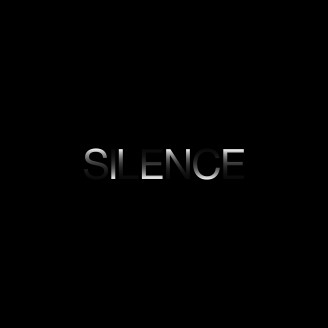 Play All Digital Album
Hunter/Game present Silence, a ten-track LP exploring free-form structures, meditative soundscapes and avant-garde compositional techniques. Out May 31st on Milan-based imprint Just This, it follows a series of acclaimed EPs that have consolidated their position as a crucial voice in the realm of experimental techno.

Silence is a spiralling voyage into the depths of blissful ambience and visceral melancholy. By treading the line between light and dark, Hunter/Game create vast, peculiar sonic worlds, allowing the imagination to wander to the outer reaches of the corporeal.

Sonically, Silence could be considered a departure from the duo’s more dancefloor-focused productions, but conceptually it is concerned with exploring the same strands of minimalism, ambience and tension that can be traced throughout their discography. Floating pads are left to drift out into a sea of effects, whilst swirling melodic leads and hypnotic distortions appear strangely inviting. Unlike much of their previous work, vocals feature a number of times on the album, narrating a microscopically detailed journey into unknown territory.

Silence is an aesthetic statement of intent, constituting a bold new approach for both Hunter/Game and Just This. It is also a strikingly original listen, carving out serene spaces of melancholy and upliftment amongst innovative structural outposts.