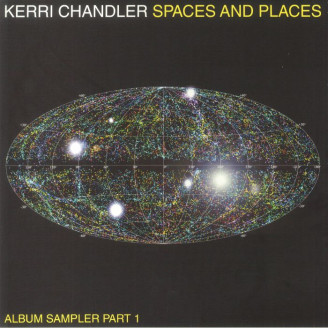 Play All 12"
In anticipation of Kerri Chandler’s forthcoming album Spaces and Places, his first in 14 years, that sees the New Jersey legend celebrating club and soundsystem culture by recording, writing and performing a track in twenty-two of the worlds most distinguished nightclubs, Kaoz Theory drop the first in a series of vinyl album samplers.

On the flip, ‘You Get Lost In It’, recorded at Manchester mecca, The Warehouse Project, channels the electric vibe created by those hallowed surrounds. A deep, heads down heater with sultry vocals from Lady Linn.