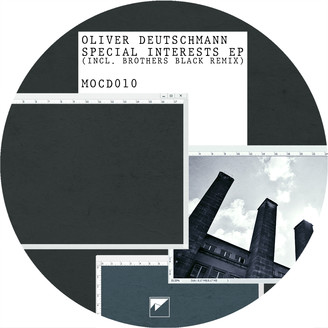 Play All Digital Single
Techno maestro Oliver Deutschmann makes a thundering return with a fresh batch of tracks on 'made of CONCRETE' aimed squarely at the dancefloor. Named after some of the most infamous queer/gay/fetish events, the release channels their unique ambiance, which are some of the artist’s favourites.

'P#rnceptual' heralds punchy drums atop a relentless bassline, as the producer manages to use a limited amount of elements to create a spellbinding groove that will captivate any crowd. Bade records founders Brothers Black add their own interpretation of the track, adding cavernous drums and amplifying its late night allure. Named after Berghain’s well known 'Snax' party, the eponymous track is a slice of spaced out, wormhole-inducing techno with its spiralling synths and almost imperceptible breaks. Of the four tracks, 'Verboten' carries the most understated raw potential with its subdued pads, making it a very effective slow paced burner.