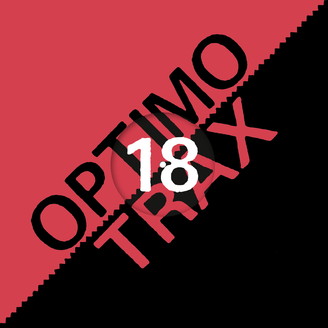 Play All 12"
Another split EP on Optimo Trax. This is getting to be a habit!

There's a bit of a story to Side A. In 1996, JD Twitch released a 12" by Manchester's Bryn Jones aka Muslimgauze on his then label Pi Recordings. He also, along with a friend, arranged Muslimgauze's first and only Scottish live performance (attended by 6 people). Around that time, Jones, sadly no longer with us and one of the most prolific musicians ever to exist sent Twitch multiple CD-Rs of unreleased material, including the track featured here. He said he had made this track in 1985, and there is no reason to doubt his word although also no way to prove this is true, but we are going to accept his word for it which means that it could be said Jones pre-empted UK Hardcore around 5 years before anyone else. This is made all the more remarkable by the fact that he never used samplers but rather worked extensively with tape loops. The track has been very slightly edited by Twitch to make it a little more club playable. Twitch called in German breakbeat expert and all round tip top producer Victor Shan to remix it and Gerd Janson then asked to join the party too. They turn in a modern twist on UK Hardcore / Rave (via Deutschland) with hoovers set to stun. They also did a more late night hoover free mix which is only available digitally.

On the AA side, we are delighted to welcome the debut release from yet more mysterious Italians; the male/female duo that is Underspreche. "Flowers From The Lake" is based around a sample taken (with permission) from field recordings of the Mukunguni tribe in Kenya and released by Honest Jon's Records. It weaves it into a deeply psychedelic techno track with an extended mind warping outro. Underspreche also give us "Naked" an exquisite hypno techno track that while clinical and precise manages to exude a feeling of warmth so often missing in modern techno.