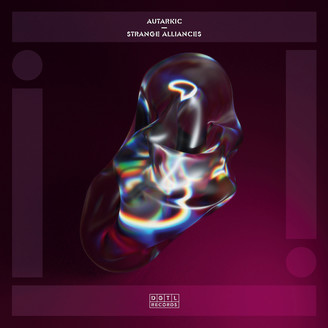 Play All 12"
Strange Alliances holds two striking and contemporary tracks by the Tel Aviv native – who also has releases out on Turbo and Life and Death - plus remixes by Trikk and Rebolledo. And so it seems the Amsterdam based label has another winner on their hands. With Autarkic having an exceptional personality one would expect the same from his music. And this is exactly what you get with Strange Alliances, as his originality shines through on both tracks. Interesting fact is that Autarkic used a lot of live instruments and his own vocals on both tracks, adding to the ingenuity of the DGTL 006 release.

Starting with Strange Alliances, which begins with a wavey and rhythmic path until the driving bassline and signature trumpet sounds kick in. Strange Alliances continues into the hallucinogenic vocals and an acid line that is highly infectious and keeps you in a trance until the very end of the track.

The EP moves on to Stutter Jazz; a funky and dreamy rhythmical track with – just like in Strange Alliances – the live elements clearly present too. As the track moves to the end more and more details are passing.

On the B-side Trikk has kept Strange Alliances almost completely in tact, but poured it with eerie sounding, long stretched synth chords that expand on into the break. After this the synths make space for a drum-line until the track fades with just the beat holding up.

Rebolledo tweaked the wobbly bassline a bit and stripped everything off of the track making it stand out on itself while never steering far from the original version.

Every five to six releases DGTL asks a new designer or artist to create the sleeves of the EPs. For the Strange Alliances release Tim Straver and Boris Acket produced one of their 3D designs based on Autarkic’s music and a couple of question they asked him.

DGTL is revisiting Tel Aviv for the second time on September 29th for another edition of their festival. Just like last year Autarkic will play one of his live sets during DGTL Tel Aviv keeping the Amsterdam x Tel Aviv connection alive.