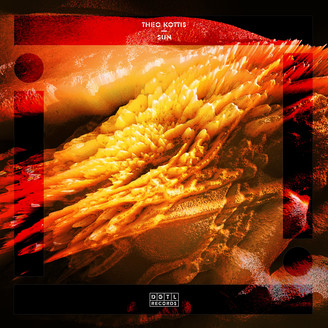 Play All Digital Single
Theo Kottis is the latest name to grace DGTL Records' reputed roster of artists. With a fascination for electronic music beginning at the age of 14, the Scottish DJ/Producer has quickly grown to become one of the UK’s most promising artists and DJs in his young career. His enthusiasm and talent behind the decks has led to his residency at Edinburgh’s FYI Club, Glasgow’s Sub Club, his 2018 studio album ‘Beautiful Strangers’ and regular features on BBC Radio 1. With an artistic style that can best be described as melodic-meets-emotional, this latest EP is a sonic ode to DJs who champion festival anthems.

Ushering in the EP, the first track ‘Sun’ was inspired by a particular poolside set Kottis played in Ibiza on a sunny afternoon. The track sits perfectly inbetween big studio tracks and festival anthems. Featuring a blend of long build ups and breakdowns, M1 synths and the driving element of a lead piano; the track was written with DGTL in mind. Inspired by the visual of dancing to the track at DGTL’s Amsterdam edition, the Edinburgh native deciphers its production as a great recipe to get the crowd moving.

Forthe secondtrackof the release, Kottis delivers with ‘Sprint’. The second track on the EP is a case of the DJ/Producer’s experimental style, drawing from ‘feel good’ samples with dancefloor appeal. Kottis defines the track as a dedication to all the running that he’s undertaken during the lockdown, something that he says has “definitely been my savior”. With breakbeat drums, a prominent bassline and dramatic synth build ups forming the body of the production, the uptempo track is reminsecent of a late night club-anthem, rooted in experimental electronica.

The artwork for the EP is the last piece by artist Tasso Okinawa, finishing his series of macro photography. Like Tim Buiting and Tim Straver before him, he curated the artwork for a total of 6 releases.