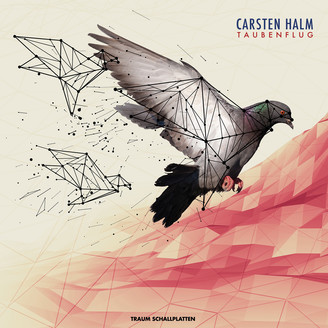 Play All 12"
Carsten Halm is a German DJ and producer who keeps his doings very much under the radar. He started his DJ career more than10 years ago avoiding clubs playing at self organized parties in the countryside near Cologne with just two residencies. The parties got so famous that DJs like Sven Väth came to visit and hang out. This experience prepared him to understand the essence of his music production. His music has the unique quality to bring people together and experience something very positive. Now Carsten plays clubs as well but he still sticks to his roots. In 2018/2019 he released on the label Monkey League. Two of the  tracks "Sonnenstrahl" and "Traumtänzer" made it in to the top positions at Beatport.  His recent release on Parquet was supported by Solomon, Animal Trainer, Format-B as well as Eelke Kleijn and also made it into the Beatport charts.

With his release on Traum Carsten Halm drifts slightly towards a different direction which can be described as a blend of techno with melodic elements all done in a minimalist fashion. Powerful and warm sounding... ready to rock the dance floor. The full length EP will be released on vinyl and will feature a remix by Nils Hoffmann. The artwork was done by Daniela Thiel.

The EP kicks off with "Taubenflug" using a classic sequential sound in the beginning that is layered with a catchy bassy synth that soon follows. That can be considered only the beging of "Taubenflug". The track builds up step by step adding a fast paced melody and a panoramic spread string melody that give the track its wonderful feeling of elevation. The track is gifted with a very natural progression that can be instantly absorbed and generates a collective feeling of extraordinary happiness.

"Herbstnacht" has a tribal sequence running that places you right into an open air setting at night. The track communicates perfectly the exchange of ones inner self with the things that happen around you. The track has the aura of an epic dance track which seems to defy time since it could go on forever.

The flip side of the vinyl offers the track "Sternenfunkeln" in its original version and the remix version by shooting star Nils Hoffmann. The original is brooding and mysterious yet it does generate a lot of forward motion that pulls you into the track. The track could be understood as expressing the feeling of dancing below the starts catching illuminating glimpses of stars with their thermonuclear fusion happening while we are to far away to understand any of this but see the radiation into space.

Nils Hoffmann’s remix is a sensitive composition with melodies that seem to glide, never touching the ground but on the other hand he has an underlying kind of tension running through the track not unlike a current.