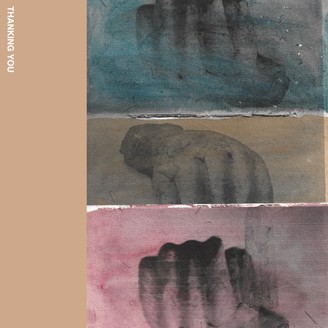 Play All Digital Album
Black Truffle and Mould Museum are pleased to announce the release of Thanking You. Compiled by Francis Plagne, Thanking You is a portrait of a network of friends and collaborators, offering up nine unreleased tracks over a running time of almost seventy minutes. Though the tracks presented here are either solo or duo affairs, many of these artists have worked together in other contexts; multiple threads of shared sensibility run through these pieces.   Opening with a lo-fi tape collage work centred on gamelan, environmental sound and drifting electronic tones from Oren Ambarchi and Will Guthrie, we are then presented with an epic fifteen minute piece for church organ by James Rushford, moving from wavering, uneasy chords to a wheezing hymnal conclusion. Rohan Drape contributes an austere yet characteristically affecting piece for microtonal electronics and piano, while Delphine Dora scatters keyboard fragments according to the inscrutable logic of chance. Closing the first side, Alex Macfarlane’s unique take on song takes unexpected turns, coming across like a bedroom tribute to Jade Warrior.   On the second side, Andrew Chalk and Daisuke Suzuki’s ‘Natsukodachi’ (meaning ‘summer trees’) layers electric guitar and field recordings of buzzing insects to conjure up a dream of summer afternoon heat. Tim Coster’s layers of synth and keyboard tones (sourced from the work of a certain well-known French composer) and rustling domestic sounds (sourced from the work of a certain well-known French film director) gently drift along side by side, interacting in surprising ways. Joe Talia offers up a dynamic slice of synth and tape, a rougher, more gritty complement to the sparkling electroacoustic expanse of 2018’s Tint. Finally, Julia Reidy’s surging closer yokes together guitar, raw electronics and room sounds into a lurching, staggering assemblage that eventually makes way for gently chiming tones.