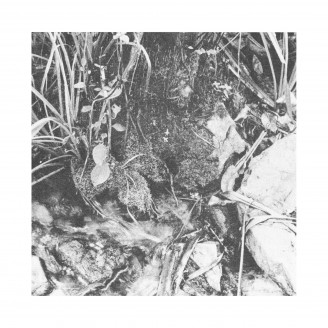 Play All LP
Following ‘Heirloomʼ, which came out on E. Sagglia and Death Kneelʼs now defunct Summer Isle label in 2018, ‘The Cormorantʼ is the latest album by Australian native Jason Campbell.

After taking exactly a year to complete, Campbell perceives the work on ‘The Cormorantʼ as “a document of small-town Australia, concerned with the natural environment and the rugged coastline that I call home.”

The sounds of his native Australian domain, located by the coastlines of New South Wales, are meticulously explored and dissected throughout the entire album, where ocean swells or conversations at the local food court are layered onto sequences of violin tremolos, detuned cymbals and delayed piano chords.

Throughout the albums run time, ‘The Cormorantʼ encompasses a destructive sonic realm of its own, and yet the pieces also manages to stands out individually; from the highly emotive opening ‘Emerge Againʼ, which features an accelerative volley of machine clatter and pitch shifted choruses, slowly merging into a bed of candid breaths and piano chords, to the deeply emotive, corrosive title track ‘The Cormorantʼ and the albums pre-culminating reprieve ‘A Fallen Eucalyptʼ, each piece showcases a unique, riveting sonic investigation of J. Campbellʼs coastal home.

In the end, ‘The Cormorantʼ is the culmination of a sincere, introspective and deeply invigorating journey, resulting in an album that is not merely about the examination of oneʼs topography, but about passion, existence and self- discovery.