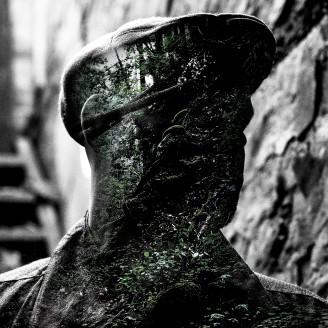 The Deeper You Go Andre Lodemann

Play All 2xLP+DL
Over the last decade Andre Lodemann, a regular in the worldwide underground dancescene has released on many prolific labels incl. Freerange, Room With A View, DFTD and Innervisions. Come 2018 Lodemann is now releasing his album “The Deeper You Go” on his own label “Best Works Records”. He started working on it in 2012, taking his time for his emotional artistic approach with a lot of attention to detail. The album successfully walks the imaginary spectrum of Deep House, Tech House and Techno also taking dives into other waters. Where his previous longplayer “Fragments” was a compilation of past works, "The Deeper You Go" is his first artist album containing everything a listener would want to hear both in a club and at home. You can feel that the tracks where created out of the same mold. There’s a mood, a common thread and a story through the works.The album is dark in a subtle way and yet has that positive vibe and aggressiveness to it. "The Deeper You Go" is mostly instrumental with two features by the british singer and songwriter Huw Costin, bandleader of “Torn Sail”.

Lodemann’s sound is deep, warm but aggressive at the same time. It explores the less chartered end of the soundscape. His songs generally feel like a narrative. It builds and grows as the song progresses and climax past the halfway rewarding you for your time invested. At the climax the tracks sometimes morph into what feels like a whole new song. This is his signature sound.

The album starts with "The Deeper You Go/ Emptiness" these two opening tracks follow the Lodemann formula to the tee. They are perfect as opening and introductory tracks as they set a deep mood for the rest of the album. Moving onward “Metamorphosis“ is a hard but soulful techno track that shatters the stereotype of what techno should sound like crossing genre-borders. With the track "Lost In Your Eyes" he goes in a different direction using an aboriginal sounding horn, accompanied by a bassline, both together create an uplifting but also scary mood. “Birth" was released in 2017 and it feels raw and reminiscent of his earlier works.The collaborations with Huw Costin of Torn Sail complement Andre Lodemann style of production: In “Treasure” the two artists find perfect balance where the beat builds in between and around the vocals. "Misty Road" is a flowing bass-heavy ambient track that perfectly closes the album.