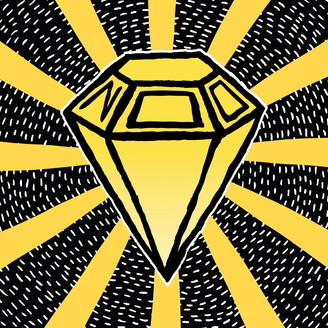 The First Night Of Your Life Noo

Play All Digital Album
This release collects all three Noo 12 released in the Optimo Music Disco Plates series between 2014 and 2016 with the addition of a bonus track, “Get Youâ” recorded specifically for this release.

Noo are Daze Dasen (aka Plastique De Reve) and Sami Liuski (aka Bangkok Impact / Putsch '79) who between them have over 30 years experience of making and releasing music. Noo also perform live.

From their debut summer of 2014 hit, the double A side The First Night/ No More, Noo made it clear that they were intent on reimagining disco epics for the 21st Century. Built out of imaginative sampling combined with analogue machines, their tracks are phenomenally produced, lush disco string fuelled epics that fully work their magic in any location, from the biggest festival to an intimate club setting. Their second single, 2015s Must Be The Music was another epic club hit while its AA side,”Heavens Gate showed a more synth heavy, reflective and hypnotic side to their music. The third single, 2016 Kabuki pursued their channeling of the disco noosphere with an EP inspired by YMO, Kabuki opera, video games, animation movies everything Japan. It featured the meditative, ambient you can dance to gem “Rainbow Road”.

It made sense to combine these three singles (plus bonus track) into a digital album as it works as an album that takes the listener into disco outer space and also as a soundtrack of the best imaginary disco party ever held.

This is a round up of phase one of the Noo story. Phase two will be revealed soon.