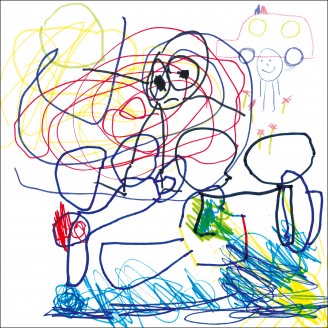 Play All LP+DL
Musically and emotionally, Superpitcher’s third full-length studio album, The Golden Ravedays is a one sound autobiography that exhibits the skill, feeling and depth of style that the artist has honed over a period of twenty years, musically, and forty-plus-years, emotionally. And full-length it is: The Golden Ravedays is an epic album of 24 tracks that was released in January 2017 and is stretching over 12 respective chapter albums during a one-year period on record label, Hippie Dance.

The second chapter of The Golden Ravedays saga, due for release in February 2017 introduces two further tracks of the haunting sound adventure. Side A introduces a very surprising spectacle of sound entitled What do you miss? This track is unlike anything Superpitcher has released in the past. What do you miss? is diving into a river, serenely floating past visions that bring calm, just to be overwhelmed by jazzy white waters of saxophone and primal animal poetry all the way from forests long forgotten. Let’s Play Doctor is aptly titled as one can’t help but imagine a satellite-propelled ambulance meandering through the galaxies without any haste or emergency whatsoever. Almost 20 minutes in length, Let’s Play Doctor never bores. It’s a playful tribute to taking one’s time in enjoying the very now.