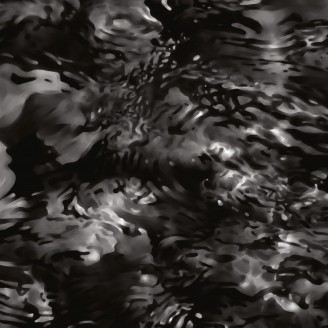 Play All LP+DL
Musically and emotionally, SUPERPITCHER’s third full-length studio album, THE GOLDEN RAVEDAYS, is a one sound autobiography that exhibits the skill, feeling and depth of style that the artist has honed over a period of twenty years, musically, and forty-plus-years, emotionally. And full-length it is: "The Golden Ravedays" is an epic album of 24 tracks that was released in January 2017 and is stretching over 12 respective chapter albums during a one-year period by record label, Hippie Dance.

We are thrilled to bring you the third chapter of THE GOLDEN RAVEDAYS saga, released in March 2017. Number 3 of the series introduces two further tracks of the haunting sound adventure that SUPERPITCHER is taking his fans on during 2017. Side A features 1984. It has nothing to do with George Orwell’s magnificent book but it could remind some of how the apocalypse might sound one day. 1984 is as sweet as the very first track, Little Raver, of "The Golden Ravedays" album, but it stresses the fact that even though Superpitcher produces music mainly intended for the dance floor, he creates sound that is bordering on the shamanic. 1984 might as well be the meeting of a group of supersonic bottlenose whales that are overly excited to see each other after being separated by many an ocean and moon.

Side B of this edition brings us POCKET LOVE. Or shall we rather say, Side B gifts us "Pocket Love"? Because we believe this is nothing other than a gift to us all. Imagine looking into a kaleidoscope and turning the dial and experiencing all those colors as pockets of love rushing your way and exploding in satin wonderment the moment they past your eyes and ears. Imagine how it must sound like if all the e mails, tweets, facebook posts, instagrams, pinterests, grandma’s postcards, text messages, letters on rice paper, hearts scratched into trees, declarations of eternal loyalty written in sand, phone calls and videos of the whole universe were all messages of love stuffed into pockets and sent to you. Imagine the treasure you will receive! Imagine being one big ear drum and listening to the very energy that this love exists of – imagine it and you will find yourself inside "Pocket Love".