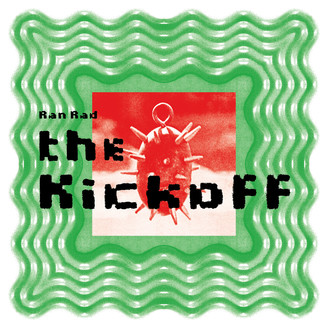 Play All Mini LP
The second sub-label of Ran music - ‘Ran Rad’, is officially and finally launched with The Kickoff compilation.

‘Rad’ is the German word for ‘wheel’, signifying the wish to always move forward. Appreciating this, our friend Liu Wei (FLOSO Design) made a logo with an inspiration from the iconic Neza’s Wheel on Fire, who is a representative protec-tion deity in Chinese folk religion.

Initiated in Leipzig Germany, Ran Rad is a new member of the Beijing-based label Ran Music. Currently based in Ger-many and China, Ran Rad aims to support Ran’s mission of bridging the underground scene from China and beyond. Ran Rad seeks for interesting sounds covering a diversity of gen-res, when those from hardware gears are particularly em-braced. Bass music, however, is totally Ran Rad’s greatest interest.

The first release of the label, namely "The Kickoff" is a long-awaited compilation including beats of producers from all over the world. Our international artists on this compilation include Polish electronic music live-act An On Bast who has just released an EP on Ran Music, Dutch producer Subp Yao and his partner Dayle, German hardware geek DRANQ, Swiss duo Simpig, as well as Germany-based Footwork producer Terrorrythmus. On the China side, Negative 808 from the south coast of China, Beijing-based young Drum and Bass talent Radiax, and our old good friend Soulspeak who is us-ing Kai Luen as the alias this time.

The artwork was created by German graphic designer Super Quiet. All of their amazing contribution has made the release happen.