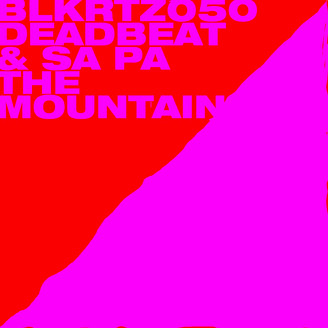 Play All Digital Album
Promotional text: Deadbeat and Sa Pa are pleased to present their first collaborative album on the anniversary of BLKRTZ's 50th release, and defer to Albert Camus to describe the "Whys" and "Whats" of it:

"I leave Sisyphus at the foot of the mountain. One always finds one's burden again. But Sisyphus teaches the higher fidelity that negates the gods and raises rocks. He too concludes that all is well. This universe henceforth without a master seems to him neither sterile nor futile. Each atom of that stone, each mineral flake of that night-filled mountain, in itself, forms a world. The struggle itself toward the heights is enough to fill a man's heart. One must imagine Sisyphus happy."

The Mountain by Deadbeat and Sa Pa is available now via Bandcamp with worldwide distribution to follow in the coming weeks on all digital platforms and limited edition vinyl whenever the plastic Gods smile upon us. credits released February 12, 2022