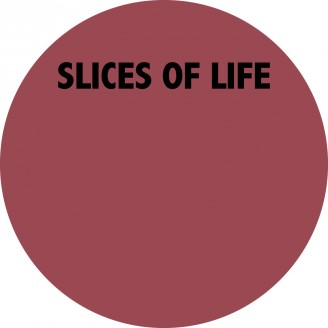 Play All 12"
In 2010 the LA based label Halo Cyan Records re-released Vladislav Delay´s SISTOL project. For this deluxe 2CD reissue various well known electronic musicians remixed the recordings from 1999. The whole project received enthusiastic reviews in Pitchfork, Resident Advisor, etc.  One of the remixers is MIKE HUCKABY, who transferred SISTOL´s track "Keno" into an outstanding dubby Detroit-House masterpiece. It was immediately clear that this track had to be released on vinyl. We are delighted to announce the collaboration between Halo Cyan and Slics Of Life for Mike Huckaby´s S Y N T H Remix of Keno.

On the B-side, Mike Huckaby remixed a track originally produced in the same time period: POLE´s "Silberfisch" was released in 2000 on the highly acclaimed yellow album "3", re-released by ˜scape in 2008 as part of the 3-CD pole Box. In 2011, Mike Huckaby keeps the dubby and slightly melancholic crackling atmosphere of the original, but his S Y N T H Remix is beams "Silberfisch" straight onto the dancefloor, where it arrives as a driving deep techno track.