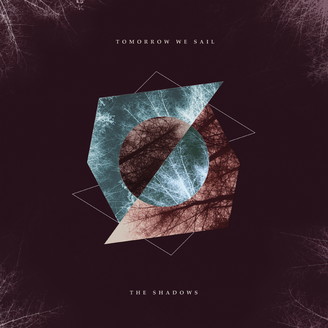 The Shadows Tomorrow We Sail

Play All LP+DL
The Shadows is the new album from Leeds-based six-piece Tomorrow We Sail. Building on their debut release For Those Who Caught the Sun in Flight (Gizeh, 2014) over the course of three years, this new work combines perfectly the soaring atmospherics, gorgeously intertwined vocal harmonies and dramatic shifts in tone and dynamics that have come to characterise Tomorrow We Sail’s sound. Yet, there is a new sense of urgency here. Very much an album of its time, The Shadows draws upon the same sense of connection to both past and present that defined its precursor but features storytelling that’s even more defiant and deeply personal.

Like its predecessor, the record features seven songs but from the chiming guitars of opening track Side By Side it is clear that the stately pace of For Those Who Caught the Sun in Flight has made way for a far more dynamic and driving energy; perhaps best captured in the righteous anger of The Ghost of John Maynard Keynes. Tomorrow We Sail still invoke a keen sense of measured grace in their songwriting - from the sweeping, elegiac title track, through to the sparse, restrained, yet haunting beauty of Winifred and To Sleep. Urgent, yet assured, The Shadows demands your attention.