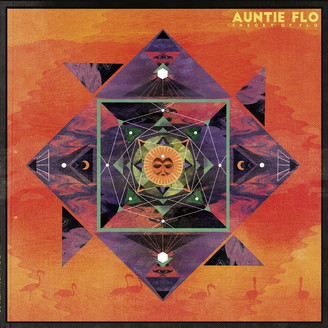 Auntie Flo returns with his ‘Theory of Flo’ LP masterpiece, his first re- lease on H+P in over 3 years! Following his critically acclaimed ‘Future Rhythm Machine’ LP, ‘Theory of Flo’ is a bold step ahead from FRM, as it takes us on the trip of a life- time; spanning continents, genres, languages and cultures to create a wholly unique listening experience; and one which is only possible in 2015. Teaming up with long term collaborator, Esa Williams, the album also features collaborations with the incredible Ghanaian singer, Anbu- ley (who last appeared on the Autonomous Africa hit ‘Daabi’), Shingai Showina (of The Noisettes / Matthew Herbert / Dennis Ferrer fame) and has experienced a lengthy recording process between Havana, London and Glasgow - with outstanding results. Scratch the surface and it becomes clear that by interweaving the rhythms and traditions of Africa and Latin America with more familiar western club sounds and four-to-the-floor electronic house music, Auntie Flo’s interplanetary projects can break down barriers to fans on both sides of the electronic/world music divide. Fans of Daphni, Debruit or Spoek Mathambo are all too aware of the tendency for media and crit- ics to sub categorise and pigeon-hole. Auntie Flo is building his own artistic response, one that is re-energising house music, that looks out- wards but is very much indebted to the vibrancy of the Glasgow club scene. With regular appearances on the foremost underground dance music filter Boiler Room, and a monthly show on Rinse FM, Auntie Flo has earned the respect to take the marimbas of West Africa and the palenque of Colombia to the unsuspecting.