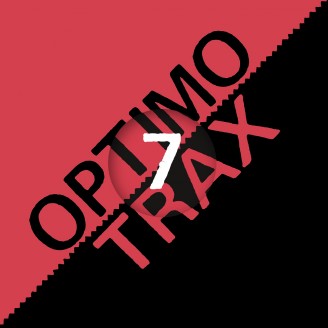 Optimo Trax is an offshoot label of Optimo Music for tracks aimed at DJs/dancefloors. Yes, we know there are too many record labels already, but we felt an overriding desire to start another one as so much music that didn't seem quite right for Optimo Music (i.e. music that was specifically designed for dancing) kept coming our way. Like the parent label, Optimo Trax will release music by new artists and excavate forgotten classics.

Michele Mininni is from Southern Italy where he says people are not interested in his type of music so he was forced to reach out to Glasgow where it turns out some people most defintely are. Citing his influences as kraut, post rock, new wave and electronic amongst others, this is his debut release and most accomplished it is too. Lowering the tempo somewhat compared with previous OT releases, Tupolev Love is a sub 100bpm cosmic trancer while Telekomdisko raises the tempo and heads off into sun drenched space territory. The EP is completed by Michele's fellow countrymen, Boot & Tax's great acid-inflected remix of Tupolev Love.