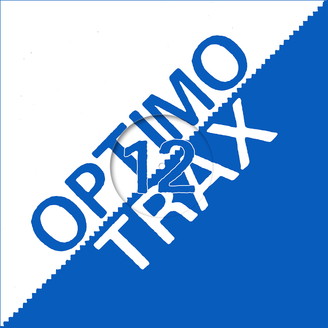 Play All 12"
Glasgow's Mia Dora are responsible for the last Optimo Trax EP of 2014. This release came about after they sent the track Un.sub to Twitch earlier in the year. He went nuts over its cowbell delirium bump n' grind and it has been a constant secret weapon in his sets all year. When he found out it wasn't scheduled for release a notion formed for Optimo Trax to put it out and a few months later the Mia Dora guys delivered three other tracks to form an EP, including a track in collaboration with long time Glasgow doyen MASH.

We live in a time of hyperbole overdose. We are told everything is "amazing", "essential", "massive", "killing it", "smashing it" etc. etc. to the point where we no longer given credit to make up our own minds. Optimo Trax attempts to cut through the bullshit by releasing records that hopefully speak for themselves. The label only releases tracks that we would play ourselves in a dj set and that we think will stand the test of time. We pride ourselves in having 27 years experience in this field and are happy if it takes time for people to catch on to our releases. If someone discovers our records in 2019 we believe they will still be as eminently playable in clubs as the day they were made. This is why our releases are all AA sides as we have 100% confidence in every track we release. With regards to the Un.sub EP, it was very difficult to decide which track should sit where on the EP as all four tracks could have been the A1. Think of this release a quadruple A side. If any of these fail to work on a dancefloor we will offer a full refund (and also offer tips on where you might be going wrong).

Mia Dora and Optimo Trax thus give you four tracks of dancefloor delight, from Glasgow, with love. To celebrate our first year of releases, for this release, the usual Optimo Trax trademark red and black sleeve will be modified to be a blue and white one, representing the Scottish flag. As internationalists, we are generally opposed to flags but 2014 is a momentous year in our country's history and also, in our opinion the best year ever for music being produced here, so we felt like celebrating these things.