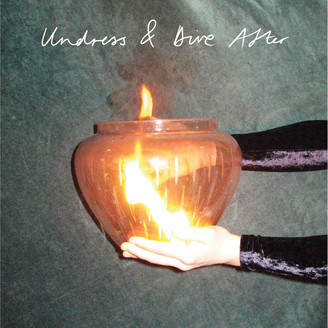 Play All Digital Album
Martha Rose is a Berlin-based musician, born in Camberwell, UK. She will release her second full-length album, »Undress & Dive After«, on 31 Juli 2020 on Treibender Teppich Records (Stuttgart) and Martin Hossbach (Berlin).

Rose learnt to play the violin as a child, and studied English and German literature. She began writing songs after she was given a guitar wrapped up in newspaper by her first boyfriend. She has since gained a cult following in both the UK and Germany (especially in Berlin). Her debut album, »Spit«, came out in 2016 on Treibender Teppich Records. She has been working extensively with other musicians as a multi-instrumentalist and has supported artists such as Kevin Morby, Ilgen-Nur and Joan as Policewoman. She has performed and recorded with Berlin-favourites such as Fenster, Magic Island, Jaakko Eino Kalevi, John Moods and Stella Sommer.

The album’s title, »Undress & Dive After«, comes from the lyrics of an old English folk song called »Hares on the Mountain« – about the hopeless desire of women to pursue the men they are interested in. »If all you young men were fish in the water, how many young girls would undress and dive after?« The title informed the recording and writing process from the very beginning on. Rose’s lyrics consistently follow through the threads of the heart, the intertwining of desire and loss, and evoke a medieval valour in the pursuit of true love. There is always a sense of the unattainable crush – »I’m such a liar / but it’s just cos I love ya« – permeating Martha Rose’s work.

»Undress & Dive After« is an invitation to dive deep into Martha Rose’s poetic and emotional world, with all its sources of inspiration (a track-by-track is available separately) – a warm wash of Casio sounds and visual cues embedded in mystical lyricism. Cotton and water, it is a sonic vision of a medieval forest, and an 1980s village-hall disco that also references Japanese funk. It asks the listener to engage with different kinds of love, and to fiercely keep hold of joy. Rose puts herself into vulnerable positions, exploring both the cruelty and the sweetness that experience evokes.

Her songwriting process was opened up to collaboration, with sounds heavily influenced by Berlin’s Miami Nice Studio’s collection of synths, Dandy Deniz’s charming lead guitars and keys, and Garagen Uwe’s irresistible groove via his outfit Balayage. Garagen Uwe, himself a multifaceted musician and Berlin-underground mainstay, member of Walls & Birds and drummer for not only Rose but also for All Diese Gewalt and Die Heiterkeit, produced the album together with Thomas Zehnle and Sebastian Gieck, who played bass and synthesizers. Additional guests: Can Winter (bass on Coffee Love, The Infanta) and Kevin Kuhn (Drums on ‘Keep a Part’). Mastering: Enyang Urbiks.