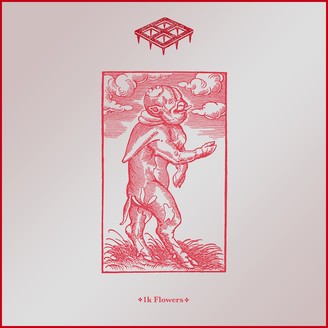 Play All Digital Album
Martin Hossbach (Martin Hossbach) has founded a sub-label. It's called Martin Hossbach Demo, and the name says it all. 1k Flowers' »Unthreatening Auras« is the first release on the new sub-label that will release demos exclusively (and only digitally).

When Tim Roth lost all of his Ableton projects last year, there was only one way to get the music back: he asked his friends to send him the ambient demo files he had supplied them with repeatedly by e-mail over the last few years. He was able to rediscover 19 of these demos, and at the same time there was no way to work on these pieces anymore as the individual projects/tracks had been lost forever. The unfinished feels for Roth meanwhile finished, what it was that he had still wanted change, he cannot say today. Due to the forced distance, Roth has become a listener, a completely new experience for him. Like Fabian Altstötter and Philipp Hülsenbeck (formerly Sizarr), Roth comes from Landau and worked as a keyboarder, guitarist and singer in Drangsal’s band. Last year he served as the producer of P.A. Hülsenbeck’s first solo album.