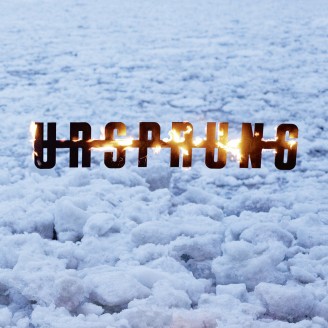 Play All CD
"What Is This? We actually don't know but it is new and wonderful!"

As one of the most successful artists in contemporary Techno Music Hendrik Weber aka Pantha Du Prince presents his new studio project together with Workshop's Stephan Abry: URSPRUNG.

After several studio sessions in the cold and charming winter of the Swiss Alps, Abry and Weber were driven deeper and deeper into some microcosm of sound to almost cut the edge to the myth. Influenced by Krautrock, the Ambient Music of Harold Budd and early Brian Eno, Avantgarde, and the minimalistic guitar sound of Durutti Collumn the URSPRUNG project can't resist to make the guitar a main source. coming together with highly futuristic sounds as we know from the researches of Pantha Du Prince. A truly unconventional structure of slowly growing beats hold this universe which came from the cold mountains together.

It is not the first time the protagonists behind URSPRUNG worked together. They met some ten years ago in Hamburg as the photographer and musician Stephan Abry worked on his Workshop project together with the artist Kai Althoff. Hendrik Weber was involved in the band Stella and both released on Hamburg's legendary Ladomat 2000 label. A frequent conversation, exchange of music and some sessions made them work on Pantha Du Prince works. Mostly recorded in that white out background of the Alps it was clear from the beginning- a unique project will come one day.

Now URSPRUNG is here and lets us forget time and memory. Stephan Abry and Hendrik Weber wonder "What Is This? We actually don't know at all but it is new and wonderful!"