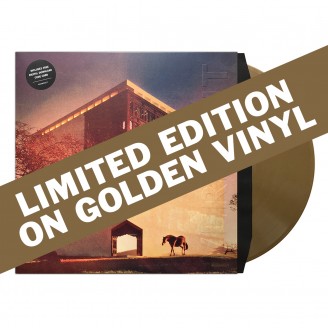 This latest batch of instrumental cuts opens with the strictly balearic vibe of NORDERNEY, a softly swinging, light-footed recording with a keen sense for structure. Featuring a guest performance from Robbert Van Der Bildt (aka Kaap) on guitar, it’s a telling starting point for the album that - similar to Vermont’s self-titled debut - successfully navigates between economic, careful studio arrangements and playful, incidental exploration further pushing into jam session territory. Van Der Bildt's guitar returns on the plucky, curious UFER, where Vermont showcase a renewed sense for jazz-like improvisation - same as on the cuts DSCHUNA, CHANANG and WENIK, which also include contributions from Dermot O'Mahony and Tadhg Murphy on strings.

Still, Vermont's synth contraptions remain the album's main attraction, with the extensive array of gear encompassing an entire panopticon of analog bling - from Arp Oddysey and Moog Prodigy to Fender Rhodes, Juno and Prophet, list-studying gear heads will find lots to drool upon. Consequently, tracks like CHEMTRAILS, UNRUH or GEBIRGE err on the machine side of things, expertly interweaving arpeggiated sequences for maximum atmospheric effect. Foreboding, slightly menacing synth motives as on SKORBUT or CHEMTRAILS are perfectly balanced with the casual ambient of HALLO VON DER ANDEREN SEITE and the nostalgic warmth of DEMUT - while the gentle push of the masterful KI-BOU even carries a whiff of classic deep house, linking the Vermont project to Plessow and Worgull’s main careers as dance floor movers and shakers.

Continually intriguing, immersive and texturally rich, each one of Vermont's new pieces betray the experience, precision and determination of the producers involved - while opening up Worgull and Plessow'a vocabulary for patient experimentation and subtle discoveries. A musical treat for synth aficionados - and everyone else, if you ask us.