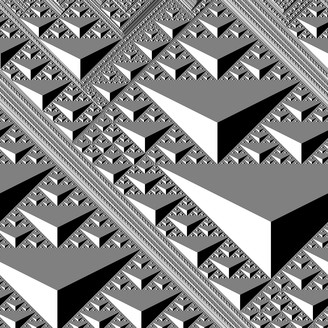 Play All Digital Single
It’s finally time to present something from Mike Callander, with his first release for the label, and his first solo work in six years: Voices / Worlds Collide. Each track is the product of Mike’s PhD research into the connection between DJ performance techniques and the ultimate form of Techno. This research not only explains his six-year break from solo output, but also marks new territory for the veteran Aussie DJ. While remaining true to the experimental nature of his earlier production, these tracks are arranged for functional impact, and with the dance floor in mind.

Worlds Collide was conceived during a recording experiment on the rare Korg PS3300 at MESS Ltd. – the Melbourne Electronic Sound Studio – then assembled in the throes of performance. A similar approach to arrangement was deployed for Voices using Mike’s Cwejman modular rig, followed by a process of duplication, looping and re-sampling. Finally, during the 2020 nightclub hiatus, finishing touches to the mix and arrangement were added by Mike’s label mate, K.I.M.

Since clubbing returned to Melbourne in 2021 (for which we are VERY grateful) both tracks have featured heavily at Revolver, where Mike is a resident of more than ten years… and now, we present them to you!