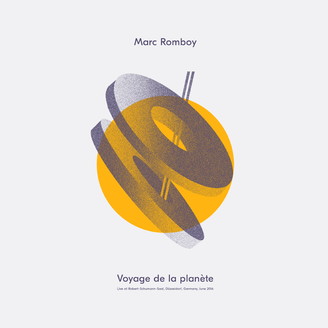 Play All 7"
After the great success of his new-classsical album “Voyage de la planète” last year Marc Romboy releases a special 7“ single according to the album. And once again as he experiments with his sound - pushing the boundaries between classical and electronic music to create both an emotional and atmospheric experience.

The title track „Voyage de la planete“ was especially taped at the Robert-Schumann-Saal in Düsseldorf to create a highgrade recording of each classical instrument. The difference between a studio roon and a concert hall is remarkable.

Another highly acclaimed track, „La lune et l´etoile“ comes along with an outstanding piano only version which improves once again that less can be so much more.