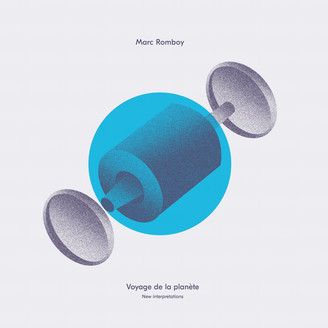 With ten rather beatless tracks where he combined his definition of electronica with classical instruments like violine, cello, double bass and piano Marc began to walk the path of fresh sounding music for the brain.

The title track has been the most successful one so that Marc called no one else than Erased Tape‘s poster boy Ben Lukas Boysen from Berlin to contribute his very own interpretation.

Ben created a typical and unique version which comes along with a, believe it or not, 4/4 kick pattetn towards the end. But listen yourself, it totally makes sense.

And Bordeaux‘s best Ocoeur made a short but epic ambient version you also should not miss.