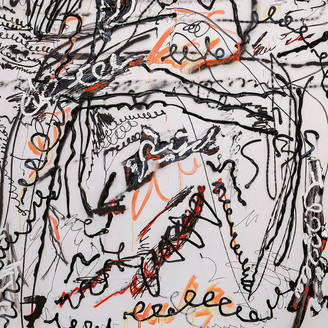 Play All 2xLP
“music is the silence between the notes.” the french composer claude debussy once said.

the german trio wareika, consisting of florian schirmacher, henrik raabe and jakob seidensticker, love the silence between their notes, even if their music is often fully loaded with many detailed sounds, rhythms, melodies and intercultural sound links.

since 2007 they spread their passion for repetitive club grooves in the minimal house spheres that love to swing in the epic way. with four albums on labels like perlon or visionquest as well as eps for labels like eskimo, tartelet, circus company or bar 25 under their wings, the trio proofed their craftsmanship for multi-layered dance music already arrestingly deep on numerous releases and during tours around the globe that brought them also to japan.

now they deliver a new one hour long sonic journey on the tokyo based mule musiq, the label on which wareika member florian schirmacher already released as part of the glowing glisses project in 2008. also wareika itself are not new to the japanese imprint, as they previously dropped a remix for mule for the mysterious project jemmy in late 2015.

and now “water, sky, sun, wood” – an ambitious one-track (on vinyl separated into four parts) love letter that kicks you deep into meditation – assumed you surrender yourself to their complex sounding and grooving story-arc. it all started with an unplanned four-hour jam session between henrik and flo-rian, gaming and messing around on the piano, guitar and drum computer.

later florian edited the happening into a one-hour sensation, henrik added some congas and synthlines and jakob mixed it down. the result is a meticulously edited, deeply absorbing dance between the pi-ano, guitar, conga, mfb tanzbär, mfb dominion 1, ob-6, jupiter 6 and manikin mellotron synthsizer. you can use it to get lost. lost from the daily grind. lost from precast perception.

lost in music. you can use it for your imagination to move to a place beyond words that guarantees some genuine experience. or you just can shut yourself down to it, dive deep into your unforeseeable dream world and dance your sub-consciousness around and around.

whatever each listener chooses to do, wareika’s latest adventurous blend of jazz, techno, house and world music will move each soul individual. primarily because “water, sky, sun, wood” is a reverbera-tion of the inner notes that are floating and dancing in florian, henrik and jakob. and as the greatest music in the world is nothing but an echo of the inner music, wareika managed to reach a new fresh peak of their multidimensional artistic body of work, that grows and grows to stand out in terms of deepness, permanency, eternalness and silence between all sounding sensations.