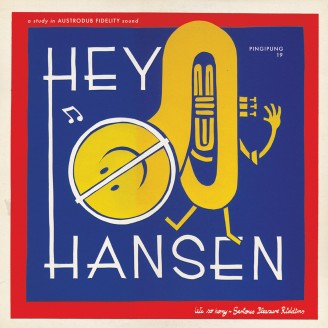 15 years after relocating from Austria to Berlinand putting out heaps of music on their own HeyRec imprint, Hey-Ø-Hansen come up with this extraordinary record on Pingipung. One half of the band is the extreme climber Michael Wolf. A long time ago, he quit free climbing for the music, which probably saved his life. Also, Wolf is a painter. The second part of the band is Helmut Erler. At least one generation younger than Wolf. His cosmos is more contemporary: He's been working for many years as a sound engineer for Dubplates & Mastering. It's hardly surprising that the result renders us speechless: They call it Austrodub.