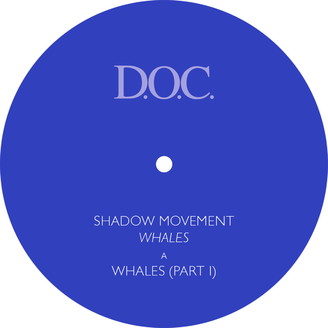 Play All Coloured 12"
After their stunning 2014 debut EP “I.D.”, SHADOW MOVEMENT, created by music producers Raphael Bartel and Raul Monteiro, return to the scene with their second single “WHALES” released by the label D.O.C. created by acclaimed producer Gui Boratto.

“WHALES” was announced at ADE (Amsterdam Dance Event) on 2014 and has been long expected by music lovers.

The new EP has two tracks: “WHALES PART ONE” and its progression “WHALES PART TWO” and is released on vinyl, in a limited edition.

It will be the fourth release from the label D.O.C., the EP brings all the darkness and deep harmonies with a melodic touch the duo is known for, it’s an exciting step for the project and the label alike – we can’t wait where they’ll go next.