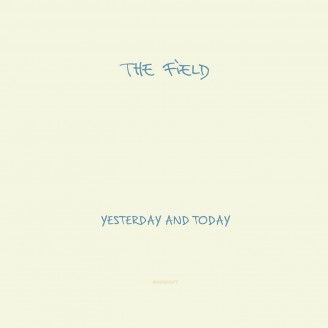 Yesterday and Today The Field

Play All 2xLP+DL
THE FIELD is Axel Willner, and his last album, Here We Go Sublime, was one of the most acclaimed releases of 2007, receiving a 9.0 on Pitchfork and universal praise. The BBC called it “one of those rare albums that makes you wonder how you ever got by without it.” The album is the soundtrack to the spit-shined airport of your dreams – faceless, futuristic, and fuzzy. You could dance to it, sleep to it, or daydream to it: just a versatile little album.

Now, Willner's label, KOMPAKT, moves forward with his sophomore full length, Yesterday And Today. On the new album, Willner expands his palette, continuing the oblique sampling strategy of From Here We Go Sublime while building up the rhythmic architecture; the album features a group of different musicians and on the title track, Willner collaborates for the first time with BATTLES drummer John Stanier.

Since startling the world with From Here We Go Sublime, Willner has been much in demand as a remixer, with tracks from THOM YORKE to BATTLES to MAPS raising his profile, so that now legions are gathered, in that spit-shined terminal, waiting for their blissed-out departure.