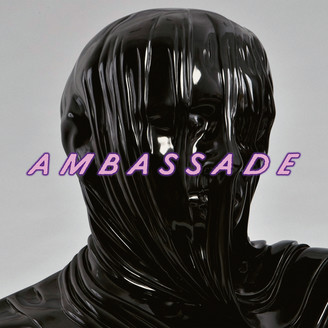 Play All 12"
The Netherland’s De Ambassade have dropped the ‘De’ and are now known as Ambassade. Optimo Music is extremely happy to be working with them and will be releasing their second album in 2023. Ahead of that is this glorious 2 track 12” featuring music that took our breath away when we first heard it. Both tracks are exclusive to this release.

We asked Ambassade to tell us a bit about the tracks…

“These 2 songs were born after a collaboration with Naama Freedman. She’s an artist from Amsterdam and former member of Ambassade. She brought a couple sketches to the studio and we came out with these 2 songs.

The lyrics on ‘Young Birds’ come from an old traditional English folk song from around 1903. It has been re-arranged a couple times throughout the years by multiple artists. The song reflects our development in sound and arrangement with extended synthesiser parts, less conventional song-writing. Also, us singing in English is a new path.

The pulsing song ‘Palette’ is a perfect combination of sequence and extended legato vocal parts. It creates a tense atmosphere which builds up to the very end.”