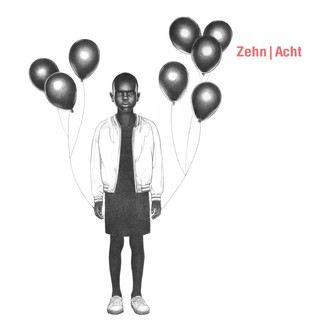 Play All 12"
Ostgut Ton reissues Acht of Zehn with original tracks by DIN (aka Efdemin and Marcel Fengler), Fiedel and Tobias.

Bubbling synths, a stoic bassdrum, some live hi-hat percussion and synth pads full of bliss – what started as Marcel Fengler’s and Efdemin’s inaugural collaboration as DIN for 2013’s MASSE ballet sees its continuation in form of “Mono” on A1. On A2 Fiedel contrasts the opening track’s cool sounds with an upbeat contribution: “Probe-806” gently brushes Funk, Electro, Acid and even Boogie territory atop the general muscular rhythm.

Analogue synth aficionados are being served by Tobias.: “Like A Drug” is a minimalist Techno track with maximalist dancefloor effect through its use of haunting, distanced vocal fragments, discomforting alarm tones and crackling background textures. As with every good drug, you don’t necessarily want more of it, but rather a longer duration of effect (in this track’s case: 8:36 minutes).