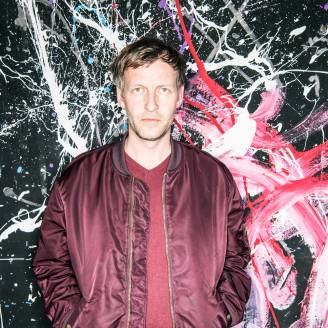 Popnoname is the artist name of Jens-Uwe Beyer (born 1978 in Fehmarn). He lives in Cologne.

He has released several tracks on Kompakt’s Pop Ambient series and has worked in collaboration with Jaki Liebezeit as well as producing remixes for several labels, the latest being a Eurythmics and Brian Eno & Cluster track for German label Grönland.

Popnoname is Beyer’s alter-ego, one which, according to him: ‘Reflects my attitude towards life.’! He so far has three albums, the most recent ’50 °’ (2013) was released on his own label PNN.

Popnoname’s creative dexterity has brought him world-wide recognition and he has performed live shows across the globe.

His songs regularly feature in the sets of celebrated DJ’s such as Sven Väth and Michael Mayer.

Popnoname’s creative drive is best summed up by a line in his track "Touch": `My beauty is my liberty’, a conviction that illustrates his unrelenting evolution as an artist.

In 2020 his new Album "Horizons" will be released on Feines Tier.